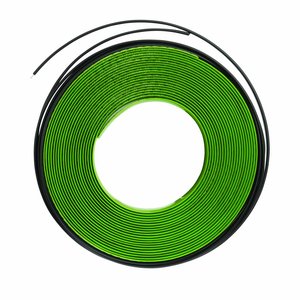 Put killer snails to flight, keep pine martens out of your attic or stop the neighbour’s cat from calling by uninvited, in an environment-friendly way and with the extra bonus into the bargain that the snail strip is effective as soon as you set it up.

If you’ve ever had to deal with problem pests, you will be well aware how far you’re willing to go to get rid of the problem, ideally as quickly as possible.

Now the solution, the snail strip. The areas of application for the snail strip, from frustrated home owners and gardeners, are growing as more and more people become aware of this simple, smart method of keeping away lots of other pests besides killer snails, and it’s incredibly simple. With the new Snail Strip from Elephant, all that is needed is a simple installation process, which anyone can perform, and you can say goodbye to your pest control problems before the day is done.

The new snail strip has countless possibilities. So far we’ve had reports of people using the snail strip for the following purposes:

The advantage of using the snail strip, for whatever purpose you choose to use it, is that it is a 100% environment-friendly solution that does no harm to nature, your kitchen garden or anything else, unlike many pest control agents, for example, so you don’t have to worry about whether your kitchen garden will still be organic tomorrow once you’ve set up the snail strip.

There are no special requirements for setting up the snail strip. Depending on how long a piece of snail strip you have to install, it is something that can be done in a very short time, and the parallel wires mean that it cannot be installed incorrectly. The snail strip is not dangerous for animals or people.

Whether it’s a matter of keeping the kitchen garden free of killer snails, or making the lawn your own space rather than somewhere that the neighbour’s cat or dog can leave their deposits, or if you want to keep pine martens out of the attic so that you can have some peace at night when it is out and about, or if you want to avoid pigeons and seagulls, for example, leaving their calling cards on cornices and eaves, the new snail strip gives you this opportunity.