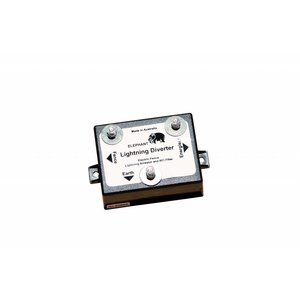 The most effective lightning protection on the market. We recommend that you mount an electronic lightning diverter in order to protect building components and avoid your electric fence “burning out”. Quick and easy to mount.

The most effective lightning protection on the market. We recommend that you mount an electronic lightning diverter in order to protect building components and avoid your electric fence “burning out”.
Quick and easy to mount.